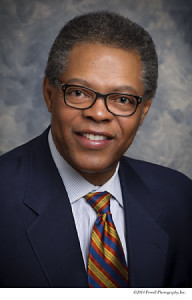 For over a decade, as Executive Director of the Dane County Parent Council, Inc., Kwame oversaw the growth and expansion of the Dane County and City of Madison’s Head Start Program. He transitioned from this important public sector role to a private sector career with Oscar Mayer Foods, Inc. Kwame’s corporate career spanned 22 years at Oscar Mayer-General Foods and Kraft. During his tenure at Kraft, Kwame was appointed to positions of increasing responsibility in the HR function—from VP,HR Sales & Customer Service, VP Global Functions, Staffing and Diversity to his last corporate position of SVP, HR, Global Supply Chain.

Over the years, Kwame has been cited and honored by a number of organizations,groups, and media. He has been a recipient of the Outstanding Alumni award from the University of Wisconsin Whitewater and was selected as one of ’80 for the 80’s highlighting young leaders by the Milwaukee Journal newspaper. In 2006, Kwame was featured in Celebrating African-American Achievements: The Inaugural Edition, ‘Who’sWho in Black Chicago”. While at Kraft, he was honored and recognized by the Black Sales Council for his outstanding efforts in promoting Diversity.

Kwame is an in demand speaker, published author,Executive Coach and Adjunct Professor at Concordia University Chicago.